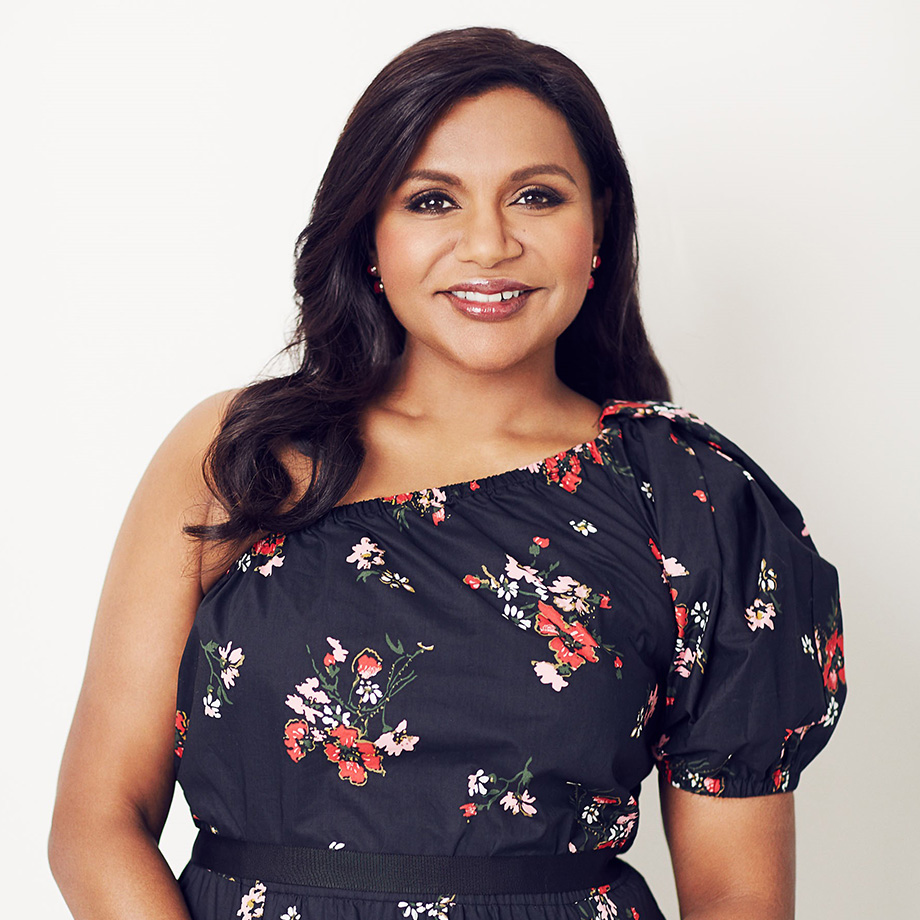 Mindy Kaling first made her way into our homes and our hearts playing Kelly Kapoor on the hit NBC TV show, The Office. At 24, Mindy joined the eight person writing staff as the only woman, where she also starred as a supporting character—and let’s be honest, stole every single scene she was in!

During her eight seasons on The Office, Mindy wrote 26 episodes of the show—more than any other writer—including several fan favourites for which she became the first woman of colour to be nominated for an Emmy in any writing category! She also directed two episodes and served as both producer and executive producer on over 120 episodes of the series (receiving five consecutive nominations for the Primetime Emmy Award for Outstanding Comedy Series)!!

After signing an overall development deal with Universal Television, Mindy once again blazed new profound trails in creating the The Mindy Project, which she starred in and executive produced from 2012-2017—the first woman of colour to do so.

As an actor, Mindy has also appeared in many films including Judd Apatow’s The 40-Year Old Virgin, the Oscar-winning Pixar film Inside Out,  Disney’s A Wrinkle in Time, alongside Oprah Winfrey and Reese Witherspoon, and as a part of the star-studded cast of Ocean’s Eight.

In 2012, Mindy was named to the Time’s “100 Most Influential People in the World” List. She was honoured with the 2014 Glamour “Woman of the Year Award” and most recently was a 2019 ELLE “Women In Hollywood” honoree. In 2018, Mindy delivered an impactful commencement address at Dartmouth College and received the honorary degree of Doctor of Humane Letters.

In between all of her TV ventures, Mindy has released two New York Timesbest-selling comedic memoirs: Is Everyone Hanging Out Without Me? (And Other Concerns) in 2011 and Why Not Me in 2015. Mindy also released a new collection of essays in partnership with Amazon this past summer.

Mindy’s latest release is the critically acclaimed series, Never Have I Ever for Netflix. The 10-episode series released this past May is a modern coming-of-age comedy about the complicated life of a modern-day first generation Indian American teenage girl, Devi Vishwakumar. According to Netflix, season one of Never Have I Ever reached 40 million homes around the globe in its first four weeks of release. It has been picked up for a second season by Netflix!

In addition, it was recently announced that Mindy will write, produce and star in an untitled comedy for Universal opposite Priyanka Chopra. Co-written with Dan Goor, the film will revolve around a big wedding in India and the ensuing culture clashes. The duo are also penning the highly anticipated Legally Blonde 3, which will star Reese Witherspoon reprising her role as Elle Woods.

Mindy’s humour, confidence and ambition have fuelled her boundless success, all while inspiring women from all over the world, and we cannot contain our excitement in having her as our final keynote of BEYOND 2020!