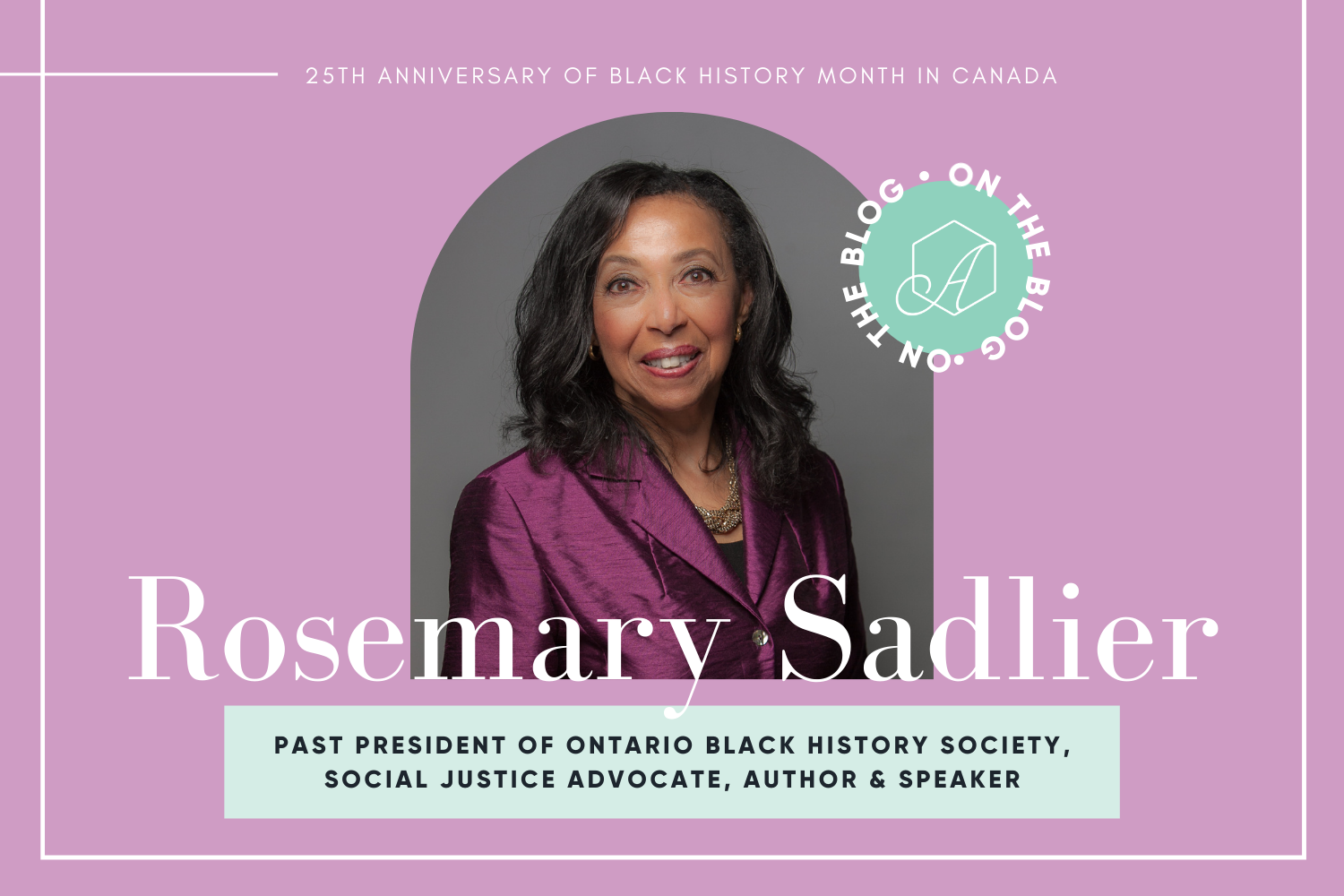 As the 25th anniversary of Black History Month in Canada begins today, we are so honoured to have been able to virtually sit down with Rosemary Sadlier, the driving force behind securing the annual recognition of February as Black History Month (BHM),  nation-wide.

For 22 years, Rosemary served as President of the Ontario Black History Society where, in addition to her work towards the recognition of Black History Month, saw to the creation of the national day for the Hon. Lincoln Alexander.  She has given deputations to the UN Rapporteur on Race Relations, the Federal and Provincial Governments, and on consultative work with the Royal Ontario Museum, the Ward heritage interpretive group, the CMHR, the Bi-National Study of the Underground Railroad and numerous heritage conferences. Rosemary has received several honours and awards including the Order of Ontario, the William Peyton Hubbard Race Relations Award, Women for PACE Award, the Black Links Award, the Planet Africa Marcus Garvey Award and the Harry Jerome Award. Most recently, she was awarded the Lifetime Achiever Award from the International Women Achievers’ Awards.

Rosemary, generous with her time and knowledge, offered to share with The Atelier community the history behind Black History Month being commemorated in Canada. In her own words, we invite you to take some time to learn about how Black History Month came to be recognized:

“The celebration of Black History Month has long roots. Negro History Week initially began in the United States, formalized in 1926 through the vision of Dr. Carter G. Woodson—later expanded to Black History Month in the 1970s. However, it wasn’t until  the 1950s that Black History celebrations were introduced to Canadians by the well-travelled sleeping car porters—one of them, (Judge) Stanley G. Grizzle. Judge Grizzle was the first hosts of the inagurual event, held at the African Canadian landmark: the British Methodist Church, located at 460 Shaw Street, as organized by the women of the Canadian Negro Women’s Association (CANEWA). It was geared to and attended by members of the Black community.

It was not until the 1978 formation of the Ontario Black History Society (OBHS) by Dr. Daniel G. Hill, Wilson O. Brooks, Joan Kazmarski, Donna Hill and Lorraine Hubbard, that the first ‘open to all’ celebration of February as Black History Month (BHM) took place. In 1979, after a successful petition to the City of Toronto, Black History Month was formally celebrated.

Soon after I had become the President of the Ontario Black History Society in 1993, following an abrupt change of administration, I discovered, almost too late, that the OBHS had to request a Black History Month (BHM) proclamation from the City of Toronto, which had not been done by the new staff. Quickly, we began to petition, and while doing so, I requested that this be a permanent, annual commemoration. The celebration of February as Black History Month should not have been something so easily, possibly, lost.

Further realizing the importance of BHM, I was able to obtain a Provincial proclamation through our contact person within the Ministry, Daniel O’Brien. I then obtained Provincial proclamations from each province and contacted many MPs about the idea by letter. However at a fundraiser being held at Denham Jolly’s home for Jean Augustine, in the presence of lawyer Lloyd Perry, I initiated (again) the concept of a national ‘proclamation’ with Jean Augustine who was MP for Etobicoke Lakeshore and Parliamentary Secretary. Corrected to be a ‘declaration’, she agreed—and this was successfully passed in December 1995 and officially first celebrated in February 1996!  I was both honoured and thrilled to share the platform with the Prime Minister of Canada and the Black Caucus in Ottawa in front of a capacity gathering which included a bus full of supporters from Toronto.

It is important for us to keep in mind that individuals can make a difference. In building upon an existing initiative, in fervently creating a broad community of interest, in reflecting my lived experience, my ‘ask’ to the federal government was well grounded and made it easy for acceptance. It is now the 25th Anniversary but there are more aspects of social change to be addressed.

I believe this event has made it possible for Black History education to take place, that Black History Month affirms people of African origin and that it also helps others consider the diversity of this vast country.  I am proud and honoured to have had a role in this significant commemoration and I continue to advocate for Black History and social justice initiatives.”

As a way to learn more and celebrate BHM, Rosemary has encouraged us to take part in a virtual conference on Saturday, February 13th, A Celebration of the 25th Anniversary of Black History Month in Canada – Honouring Dr. Carter G. Woodson and other BHM founders.

When registering, Rosemary has invited you to use the code: SADLIER. 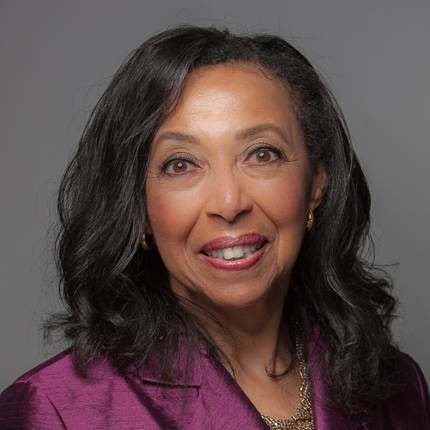